Because of the state's sparse population there are almost no North Dakota scenic train rides open to the public.  The Garden State is not often regarded for its railroading heritage.

With few noteworthy cities, much of its trackage consisted of either through main lines or agricultural branches.

For this reason, it is home to only a few railroad museums and just one organization which hosts train excursions, the Fort Lincoln Trolley in Mandan.

According to Dr. George Hilton and John Due's authoritative piece, "The Electric Interurban Railways In America," while interurban mileage peaked across the United States in 1916 at 15,580 miles, none could be found in North Dakota.

However, a few local streetcar lines did spring up, such as the one in Mandan (across the Missouri River from downtown Bismarck).

North Dakota's history with the iron horse began late by railroading standards with the Northern Pacific's westward construction in the 1870's as it attempted to open the first transcontinental railroad into the Pacific Northwest. 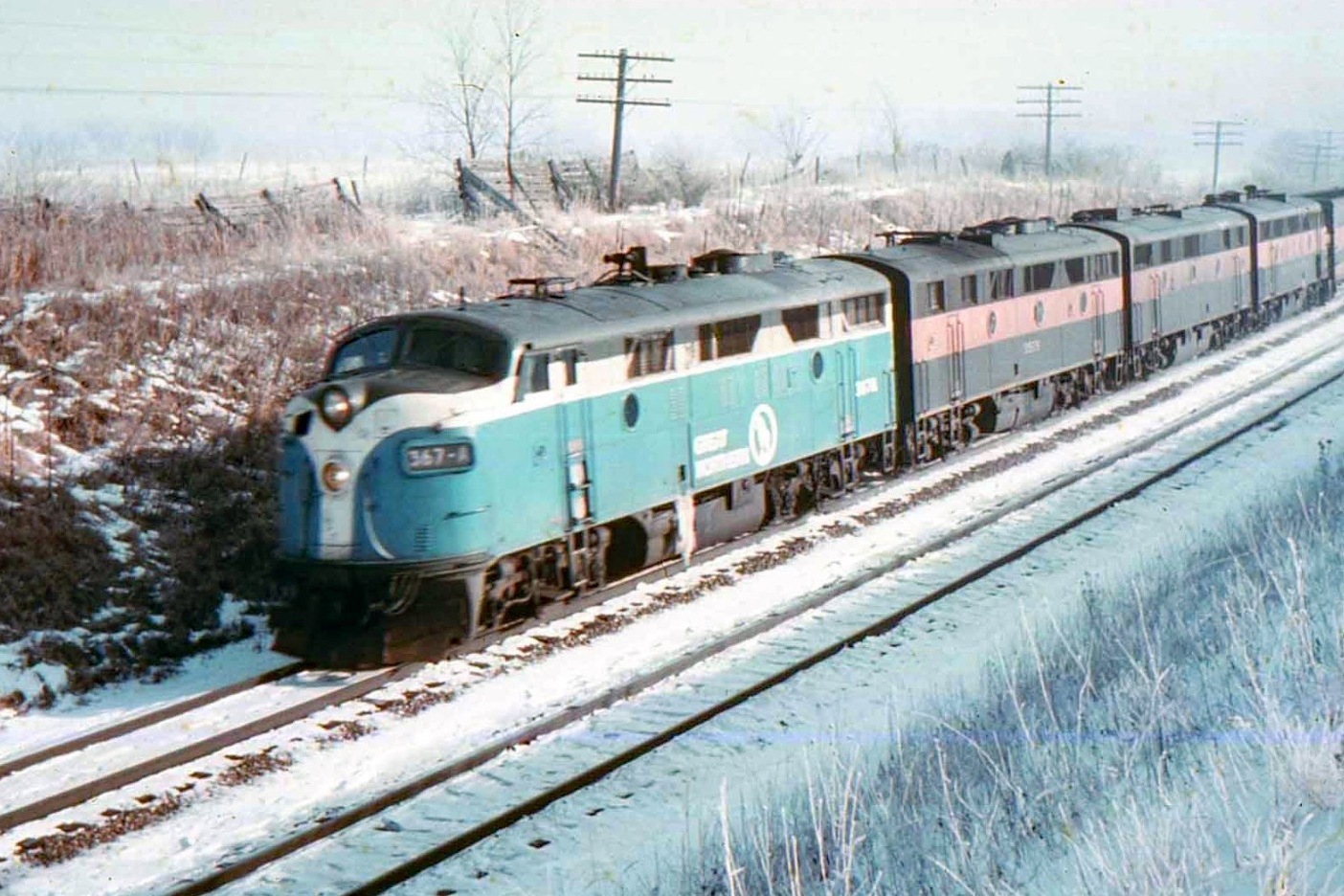 Due to its Upper Midwest location, North Dakota's involvement with the railroad occurred long after trains arrived back East.

Most did not begin service west of the Mississippi River until after the 1850's while rails did not reach the Dakotas until the 1870's (following Congressional approval for charters to the Pacific coast).

The most famous transcontinental project, of course, was that undertaken by the Union Pacific and Central Pacific railroads.

They built along a central route which was formally completed at Promontory Summit, Utah on May 9, 1869.  To read more about the Transcontinental Railroad please click here.

The southern and northern corridors have largely been forgotten but they too became a reality.

The Atchison, Topeka & Santa Fe, in conjunction with the Southern Pacific, completed the former (a rather round about endeavor which originally began as part of the St. Louis-San Francisco Railway's attempt to establish its own western route) while the latter was finished under the Northern Pacific.

What became known as the "Main Street Of The Northwest" is where North Dakota's story begins (it did not achieve state hood until November 2, 1889 when Dakota Territory was split into North and South Dakota).

Northern Pacific's genesis is tied to that of the first Transcontinental Railroad.

Tensions between Northern and Southern states were nearing a crescendo by the late 1850's and the ongoing issue of slavery precluded any progress being made on the railroad topic.

Their differences boiled over when Abraham Lincoln was elected president on November 6, 1860, a man despised in the South.

Only weeks later, South Carolina formally seceded from the Union (December 20, 1860); several others soon followed, Confederate forces opened fire on federal troops stationed inside Fort Sumter in Charleston Harbor on April 12, 1861, and the Civil War was upon the nation.

With the country in turmoil the North now had the freedom to choose whichever route it wished and settled on the central option along the 42nd parallel.

It was not long before stirrings of a second line along a northern trajectory also gained momentum.  These efforts were led by senators from Northern states and, in particular, Josiah Perham, an eastern railroad promoter.

Following great effort he secured a rare federal charter for the Northern Pacific Railroad Company.  This bill later passed both houses of Congress and was signed into law by President Lincoln on July 2, 1864. 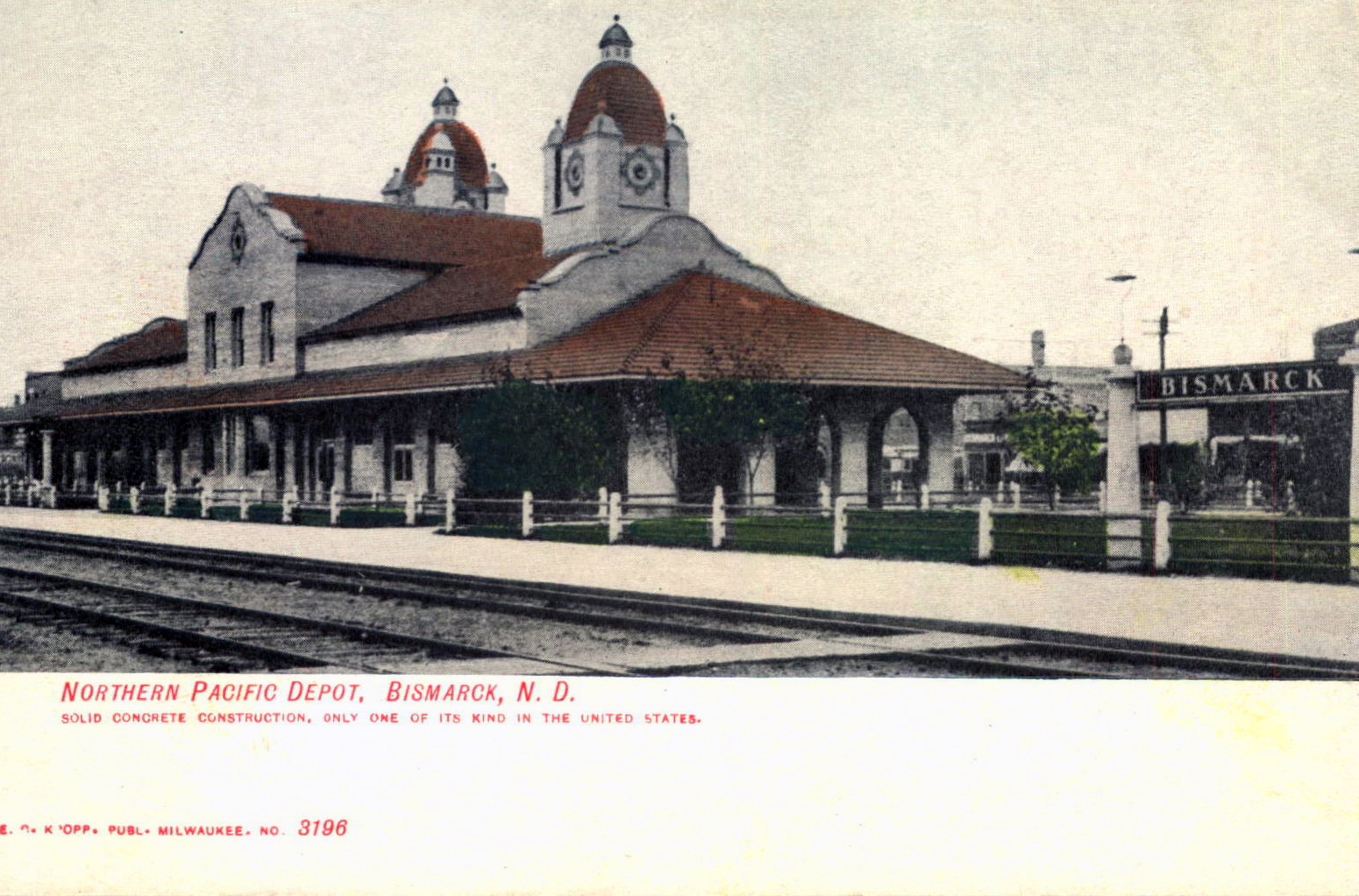 Unlike the Central Pacific and Union Pacific, Northern Pacific was not granted federal subsidies although its federal charter did provide it land grants.

The leading man to procure bond sales was Jay Cooke and his banking firm, Jay Cooke & Company. The railroad began construction from Thomsons Junction, slightly west of Duluth, on February 15, 1870.

Within two years, Cooke's efforts had proven quite successful as he managed to sell $30 million.  It seemed the railroad, estimated to cost a total of $85 million, would be finished before 1880.

Later that year it arrived at Bismarck.  Unfortunately, Cooke's efforts stalled as bond sales slowed.  His bank soon failed and on September 18, 1873 the railroad entered bankruptcy.

This setback sparked that years financial panic and several years passed as others attempted to continue the project while preventing its federal charter revocation.

With the help of Henry Villard's Oregon Railway & Navigation Company, NP was eventually able to open a corridor from the Midwest to Tacoma, Washington when a final spike ceremony was held in Gold Creek, Montana on September 8, 1883.

To read more about the Northern Pacific's history please click here. North Dakota would eventually be served by several other noteworthy Midwestern "granger" lines including the Milwaukee Road, Soo Line, and Great Northern.

The latter two road's operated main lines within the state while the Milwaukee held a minor presence via a handful of agricultural branches; the GN and NP enjoyed the greatest coverage, maintaining not only through routes but also a multitude of branch lines, designed to predominantly handle grain traffic.

In his book, "The Routledge Historical Atlas Of The American Railroads," historian John F. Stover notes North Dakota's mileage peaked in 1920 at 5,311 miles.

As railroads lost market share to other modes of transportation, many of its branch lines were abandoned.

Today, according to the Association of American Railroads (AAR), its total mileage stands at 3,389.  The information presented below highlights North Dakota's railroad attractions.

This historic tourist attraction is based in West Fargo, featuring a substantial collection of buildings and artifacts related to the history of North Dakota.

It is operated by the Cass County Historical Society.  Their collection currently includes 12 acres, 43 historic buildings, and more than 400,000 artifacts.

Located in Mandan (across the Missouri River from Bismarck) this organization offers a 9-mile trip along the Heart River to Fort Lincoln State Park carrying passenger in restored streetcars.

The museum is housed within the two-story depot of the Midland Continental Railroad, the last of its kind still in existence.  The depot feature exhibits which tell the history of the MCRR as well as trace the career of Peggy Lee and her connection to Wimbledon.

The organization has also preserved the former NP wooden depot from Steele, North Dakota which sits on display.

Along with artifacts the museum has a collection of equipment to peruse on the grounds. 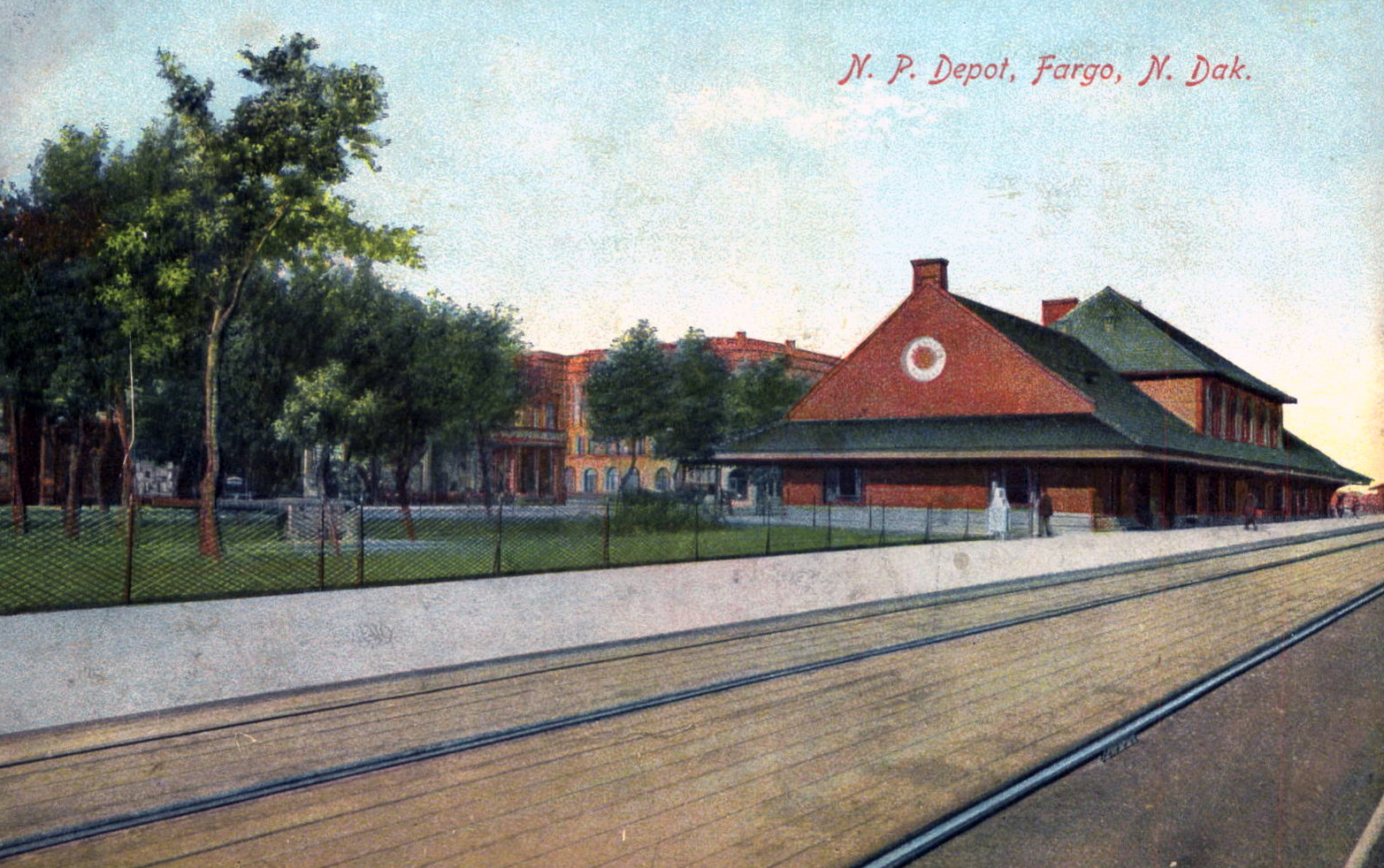 Located inside the restored Soo Line brick depot (constructed in 1912) in Minot.  It is open during weekdays throughout the year.

Also located in Minot this museum preserved the history of railroads serving the town from 1886 until present day.  They are open during much of the year and have a nice collection of historic artifacts and displays.