Wisconsin's history with the iron horse began prior to 1850.  During the next half-century thousands of miles of railroads were built to reach major cities like Milwaukee and Green Bay while many more were constructed to serve other purposes.

In this book, "The Routledge Historical Atlas Of The American Railroads," historian John Stover points out the state's mileage peaked at 7,554 in 1920.

Due to competition, over construction, and regulation this number has since plummeted by more than 50%; today, the Association of American Railroads lists just 3,253 miles still in active use.

In spite of this, the Badger State's rail attractions work hard to preserve its rich history with trains. 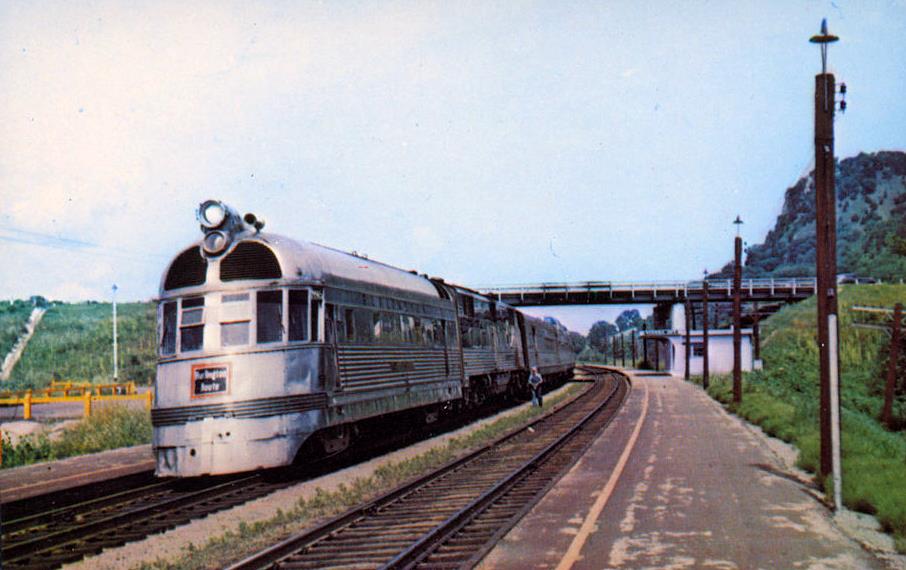 A Brief History Of Wisconsin Railroads

Wisconsin's first railroad is credited as the Milwaukee & Waukesha Railroad (M&W), chartered in 1847 for the purpose of linking both towns with the Mississippi River.

Like many early endeavors, especially one so far west, the M&W was plagued with delays as organizers attempted to procure funding.

In their book, "Milwaukee Road West," authors Charles and Dorothy Wood point out what was then the "Territory of Wiskonsan" (Wisconsin did not achieve statehood until May 29, 1848), discussed a railroad to serve Milwaukee (the region's only significant community) as early as 1836.

For a number of reasons, including infighting among business leaders, the project remained dormant for years.  Finally, following its chartering, the Milwaukee & Waukesha was formally organized in 1849.

Actual construction began from Milwaukee later that year and the first 5 miles to Wauwatosa was ready for service in November, 1850.

In February, 1851 the M&M opened 20 miles to Waukesha and finally arrived in Prairie du Chien, along the Mississippi River, in 1857.

The M&M would go on to form the Chicago, Milwaukee & St. Paul (CM&StP) which blossomed into a powerful Midwestern "granger" railroad, or one that derived a great deal of its revenue from the movement of agricultural products.

After growing substantially through the early 20th century (in which the CM&StP boasted thousands of miles across Wisconsin, Illinois, Minnesota, Iowa, and the Dakota's), officials elected to go west, completing a transcontinental link to the Puget Sound in 1909.

It then became the Chicago, Milwaukee, St. Paul & Pacific and later adopted its nickname as, "The Milwaukee Road."

With an abundance of originating traffic, important commercial centers, and location to other key markets (such as Michigan's ore fields and the Twin Cities), Wisconsin was home to several noteworthy railroads including:

Today, the state's tourist railroads work hard to keep alive its rail heritage while providing entertainment in the process.

If interested in scenic train rides that pertain to specific events, such as "The Polar Express," Halloween, Thomas the Tank Engine excursions, or fall foliage events please visit the main tourist trains section of this website.

This museum, launched in 1975, is located inside the town's restored Milwaukee Road depot.  The facility houses lots of displays and artifacts inside while outside a caboose and Milwaukee Road H10-44 #781 (a diesel locomotive switcher built by Fairbanks Morse in March, 1950) are on display.  It is open on select days of the week, May through September.

The Lumberjack Steam Train is located in Laona, Wisconsin and operated by the Camp 5 Museum which preserves the area's logging history. Their trains are pulled by a 2-6-2 steam locomotive (built for the Fairchild & North-Eastern Railway by the Vulcan Iron Works in 1916), that boards from the restored Soo Line depot in Laona.

This tourist attraction is located in Eau Claire and offers visitors the chance to ride a one-quarter scale train ride.

Located in the town of Colfax within the preserved Soo Line depot built in 1919, the museum has a growing collection of equipment and artifacts with a focus on the "western Wisconsin and eastern Minnesota region."

Their notable pieces include GP30 #703 (ex-Soo Line) and a 2-6-2T steam locomotive manufactured by H.K. Porter in 1911 for Coronet Phosphate. 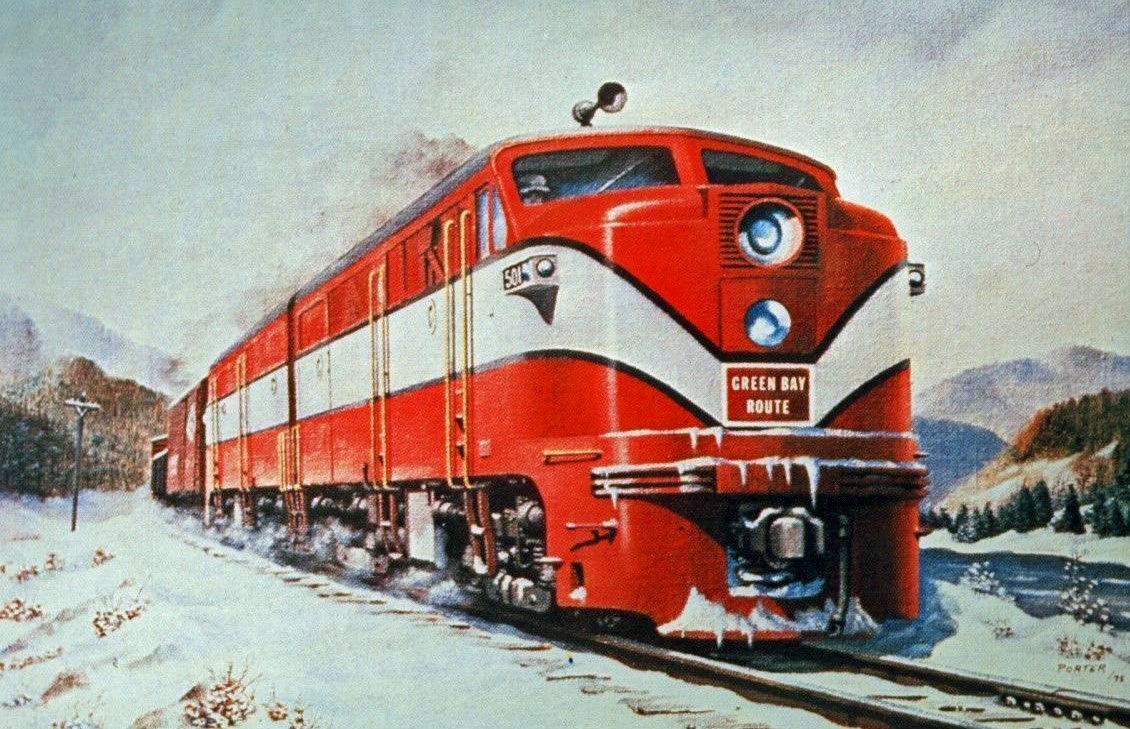 This facility is housed at the town of Monroe's restored Milwaukee Road depot.  It is used as the their welcome center and also home to the National Historic Cheesemaking Center.  It is open from early April through late October.

This attraction is located in New London and is home to several historic buildings telling the history of the local area and region.

One such building is the preserved Chicago & North Western depot built in 1923, which is home to several artifacts and exhibits.  Also, be sure and check out the rolling stock on display at the grounds.

The Mid-Continent Railway Museum, based in North Freedom, preserves the region and state's rail history. In doing so it also operates an excursion, lasting 50-minutes via trackage originally owned by the Chicago & North Western.

This museum is housed within the town's preserved depot built by the Mineral Point Railroad, circa 1857.  The system later became a part of the Milwaukee Road.  They are open seasonally from May through October.

This organization, located in Platteville, aims to preserve the history of lead and zinc mining within the Upper Mississippi Valley.  You can tour the 1845 Bevans Lead Mine, headframe building and hoist house, and finally ride within an original mine train pulled by a restored locomotive built in 1931.

Launched in 1956, the National Railroad Museum has been recognized by Congress as the "national" such facility in the country, although this is mostly in name only. The NRM of today has a nice collection of rolling stock at their facility in Green Bay.  The organization also hosts scenic train rides around the property.

Based in Osceola, Wisconsin, along the border with Minnesota, this tourist railroad hosts rides operated by the Minnesota Transportation Museum with a typical season running between May and October.

Their longest excursion is a 20-mile round trip lasting nearly two hours. They also offer a wide range of special holiday excursions and brunch/dinner trains.

Located in Manitowoc, the primary mission of this historical center is to highlight what life was like in Manitowoc County circa 1900.

This museum is housed at the restored, 1902 Chicago, St. Paul, Minneapolis & Omaha Railway ("The Omaha Road," later acquired by the C&NW) depot in Spooner.

The museum features lots of displays and artifacts while also displaying a caboose outdoors.  It is open to the public from late May through early September.

This attraction is located in Wisconsin Dells and features a fascinating, 15-inch scale trains available to ride, pulled by live steam locomotives!

The history of the property dates back to the 1940s and currently offers trips on their 3-mile right-of-way.  Throughout the year they also host special excursions.  For more information please visit their website.

This miniature train is part of the larger Little Amerricka amusement park located in Marshall.  The 16-inch scale trains use live steam locomotives pulling guests around the grounds.  For more information please visit the park's website. 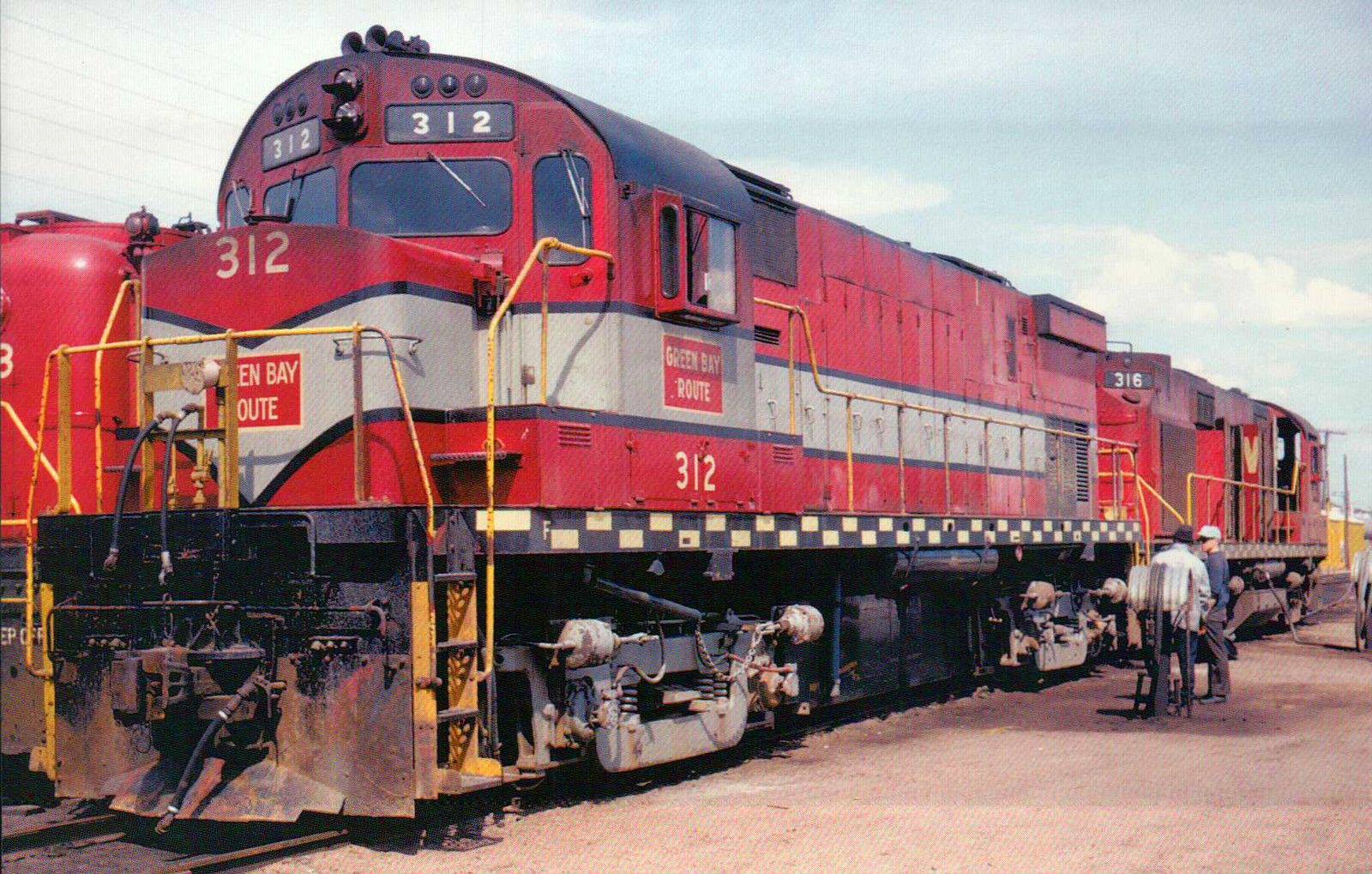 The railroad has steadily grown and now hosts dinner trains between February and December each year. Along with dinner trains they also operates season specials, such as during Easter, Thanksgiving, and Christmas.

As with many zoos the Milwaukee County Zoo is home to a miniature train which operates around the grounds and shuttles guests to different areas of the park.  For more information please visit the zoo's website.